Discover the most beautiful Orthodox monasteries of Fruška Gora.

Fruška gora, a mountain in Vojvodina, is not only famous for its outstanding beauty and greenery, serene landscape and peaceful atmosphere, but it is also prominent because of the various monasteries that are found in the forest and surrounding villages. Some captivating structures worth mentioning are Kuveždin, Jazak, Đipša, Grgeteg, Velika Remeta, Krušedol, Novo Hopovo, Staro Hopovo, Petkovica, Ravanica (Vrdnik), Šišatovac and many more. Since the stressful everyday life can take a toll on the individual, a trip to some of these places that we shall mention could help in letting out the negative energy. These monasteries are inspired by Eastern Christian religion and its thoughts and beliefs. From all the numerous monasteries that exist on the great Fruška gora, we have highlighted the most ravishing ones that will definitely be of interest to you.

The Staro Hopovo Monastery is one of the most beguiling structures on the eastern side of the mountain Fruška gora. It was constructed in the fifteenth century by Đorđe Branković, a renowned Serbian despot. This particular building is only 2 km away from Novo (New) Hopovo Monastery. Nevertheless, this is not the original construct: The monastery had to be rebuilt in 1752, due to a destructive earthquake that caused great damage. Sadly, the monastery was once again destroyed after the Second World War, which led to the altar being burnt down. Further reconstructions that lead to its current appearance were very much needed.

One of the most significant and prominent monasteries of the mountain Fruška gora (from an architectural viewpoint) is the Novo (New) Hopovo Monastery. It was built in 1576, and it holds up traditional values and forms of ancient Serbian monasteries. On the southern region of the mountain, the roman emperor, Probus was the one who started viticulture. Due to this, Novo Hopovo is known for its vine, which can be tasted and purchased in almost every shop that is found in the village. After the invasion of the Turks, the Serbians continued improving the viticulture, and this is precisely why Novo Hopovo is renowned for its vine and grape fields.

The Grgeteg Monastery was built in 1471 by Vuk Branković, more famously known as Zmaj Ognjen Vuk. The construct can be found on the south side of Fruška gora, near a village called Grgeteg. Branković’s father, Grgur, who was a priest of the monastery of Hilandar, was a blind man. Branković planned to place him here, so this is precisely why he decided to construct the monastery on this spot. Previously known as Prnjavor, the monastery used to be helpful to the Serbian priests who were searching for a safe haven from the Turkish invaders. The monastery, which is prominently built in the style of baroque, began with constructions in approximately 1751-52. There was a lot of planning and details that had to be done in a specific way, so the construction was not an easy task. It is said that the monastery was built up with the help from donations, since it was financially, a hard task to complete. During the short reign of Jovan Georgijević, who devised the base plan for the various icons and pictures that can be found in the mentioned monastery, the outstanding icons were finished by Jakov Orfelin. Orfelin was a young, but talented artist and painter. Sadly, when the Austro-Turkish War ended, the monastery and village were burnt down and destroyed. This led to major damage, which was in need of major reconstruction. In the place of the old, destroyed monastery, they  built a new one. Nevertheless, the monastery did not escape the devastating effects of the Second World War either. The war caused tremendous material damage, since the library, archive and numerous artifacts were gone and destroyed. In addition, the tower and other places where life was once present were annihilated. The reconstruction lasted up until year 1953.

The start of the construction of the Beočin Monastery is uncertain, but it is thought to began in 1566-1567 (this is suggested by the different documents that have been found after the Turkish invasion). It is possible that the monastery was already finished in the 16th century. The monastery, that was built to honour  the resurrection of Jesus Christ the Saviour, was probably torn down during the Austro-Turkish War. With the help of Arsenije III Čarnojević, the reconstruction of the wooden church was finished in 1708. The style of the monastery can be characterized as Bezant-Serbian with elements of Gothic. Various parts of the reconstructed version portray signs of the Neo Gothic style. The construction  can be seen as prominently Gothic, with elements of Raskai construction, due to the form and curves of its pillars. In 1762, on the east side of the monastery, they have placed an open platform that shows elements of the style of Baroque. The construction of the massive three-story belfry lasted for a long time, from 1740, up until 1799. The Beočin Monastery is one of the few that has not experienced the major destructive effects of  the Second World War. Most importantly, this monastery is a perfect example of the fusion of styles that contributes to the rich multicultural properties.

On the north west side of the parish of Irig lies the famous Ravanica Monastery. It is the final resting place of the last serbian monarch, Lazar, which is often visited by pilgrims from all around the nation. It is a place of spiritual awakening and pilgrimage. What is special and notable about this monastery is that it is one of the largest constructions of this kind in the area of Fruška gora. The reconstruction began back in the 16th century, and it was finished in 1801-1811, finally leading to its current look. Dimitrije Avramović painted the captivating and alluring iconostasis in the style of Classicism in 1853.

The Bešenevo Monastery is found near a brook on the southern hills of  Fruška gora. It is not certain, but suggestions show that it was built in honour of archangels Michael and Gabriel, by king Dragutin in the 13th century. Evidence from 1753 show that the monastery was built out of bricks. The old icons were replaced by Stevan Aleksić’s work, and he also created the various paintings that decorate the walls. In the dining room of the monastery, in 1909, Aleksić painted a captivating monumental piece of historical value. The first reliable information about the dome and belfry was in 1783. The wall decorations are the work of Kuzman Kolarić, whilst the style of the monastery can be said to be typical Raskai. In spite of all the reconstruction the monastery has gone through, it has saved its unique shape and style. During the World War II, a part of the building was burnt down and destroyed. In 1944 due to the bombing of the German air forces it almost completely demolished, and a great part of its legacy vanished. 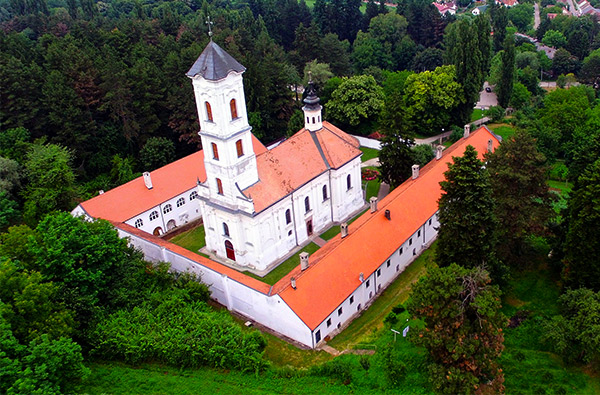 Ravanica in Vrdnik is the only monastery on Fruška Gora situated within a settlement, probably built in the 16th century. 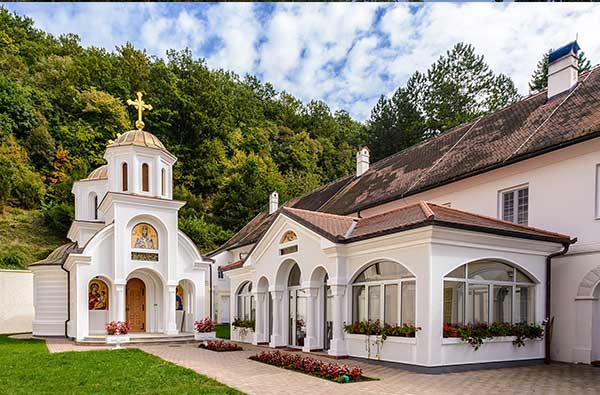 The Monastery of Beočin is dedicated to the resurrection of Christ and is located on the north side of Fruška gora. 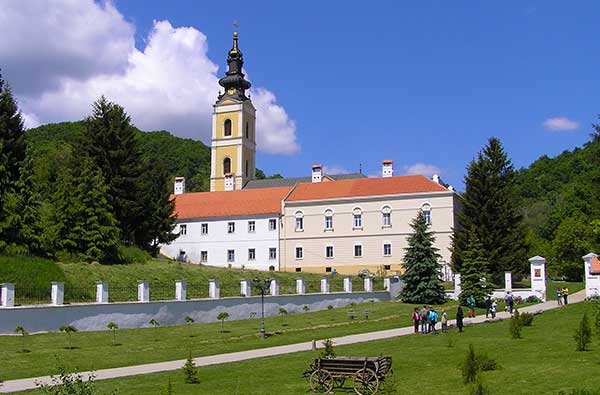 The Grgeteg monastery is a women’s monastery and is located next to the place with the same name along the thick Fruška gora forest. It is decorated with beautiful icons.